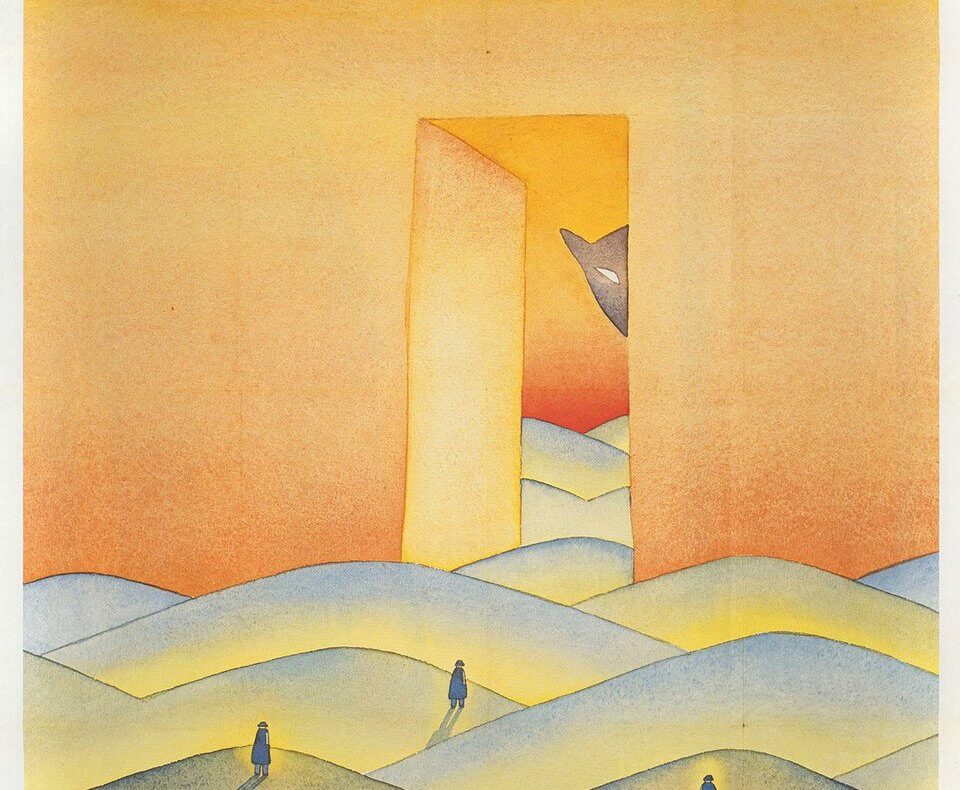 Like many directors in the Filmhunting Guides, Andrei Tarkovsky is considered one of the great all time filmmakers. His films have heavily influenced many of the modern masters and all of his films are a must watch for anyone that is interested in spiritual subject matters in the hands of a genius artist. Stalker is perhaps his most elusive and profound works.

A hired guide—the Stalker—leads a writer and a professor into the heart of the Zone, the restricted site of a long-ago disaster, where the three men eventually zero in on the Room, a place rumored to fulfill one’s most deeply held desires.

Stalker is a metaphysical, philosophical treatise on the nature of desire and humanity. It is a fairly difficult film to pin down with words, and I believe the film itself comes as close as you can so I will simply use the film’s own words to describe itself.

“Let everything that’s been planned come true. Let them believe. And let them have a laugh at their passions. Because what they call passion actually is not some emotional energy, but just the friction between their souls and the outside world. And most important, let them believe in themselves. Let them be helpless like children, because weakness is a great thing, and strength is nothing. When a man is just born, he is weak and flexible. When he dies, he is hard and insensitive. When a tree is growing, it’s tender and pliant. But when it’s dry and hard, it dies. Hardness and strength are death’s companions. Pliancy and weakness are expressions of the freshness of being. Because what has hardened will never win.”

“Are you awake? You were talking recently about the meaning… of our… life… unselfishness of art… Let’s take music… It’s really least of all connected; to say the truth, if it is connected at all, then in an idealess way, mechanically, with an empty sound… Without… without associations… Nonetheless the music miraculously penetrates into the very soul! What is resonating in us in answer to the harmonized noise? And turns it for us into the source of great delight… And unites us, and shakes us? What is its purpose? And, above all, for whom? You will say: for nothing, and… and for nobody, just so. Unselfish. Though it’s not so… perhaps… For everything, in the end, has its own meaning… Both the meaning and the cause…”

17 As he went out into the street, a man came running up, greeted him with great reverence, and asked, “Good Teacher, what must I do to get eternal life?”

18-19 Jesus said, “Why are you calling me good? No one is good, only God. You know the commandments: Don’t murder, don’t commit adultery, don’t steal, don’t lie, don’t cheat, honor your father and mother.”

21 Jesus looked him hard in the eye—and loved him! He said, “There’s one thing left: Go sell whatever you own and give it to the poor. All your wealth will then be heavenly wealth. And come follow me.”

22 The man’s face clouded over. This was the last thing he expected to hear, and he walked off with a heavy heart. He was holding on tight to a lot of things, and not about to let go.

23-25 Looking at his disciples, Jesus said, “Do you have any idea how difficult it is for people who ‘have it all’ to enter God’s kingdom?” The disciples couldn’t believe what they were hearing, but Jesus kept on: “You can’t imagine how difficult. I’d say it’s easier for a camel to go through a needle’s eye than for the rich to get into God’s kingdom.”

26 That set the disciples back on their heels. “Then who has any chance at all?” they asked.

27 Jesus was blunt: “No chance at all if you think you can pull it off by yourself. Every chance in the world if you let God do it.”