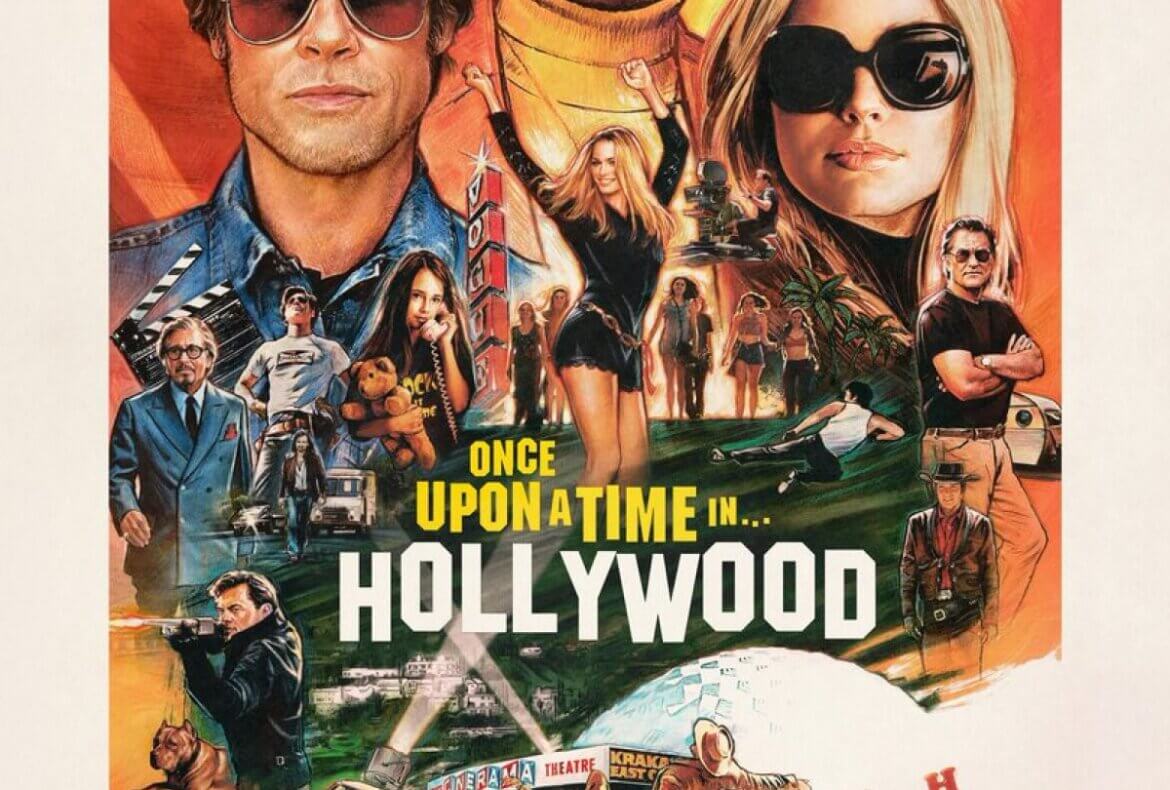 Once Upon A Time…In Hollywood

When I think of Quentin Tarantino, I remember being a pretentious High School kid, believing I knew everything about art and film, which meant I was supposed to love Tarantino films. I’m still pretentious, and I still love Tarantino films, but that’s beside the point. When a large group of  kids from my small private Christian High School wanted to get together and watch a film, I, in all my pretentiousness, suggested the first installment of the Kill Bill series. “Everyone who knows anything should love it,” I’m sure I said. Everything was very uncomfortable with the gratuitous violence and unconventional style when the father of the house we were at walks upstairs to see Lucy Liu chop some guys head off while screaming expletives. Let’s just say the movie stopped where it was at, and I was never allowed to pick the movie again.

Fast forward to today, and Tarantino’s reputation as a provocateur and controversial figure has only been strengthened in films like Hateful Eight, Django Unchained and Inglorious Basterds. All three of these movies are unconventional in their style and language and chock full of gratuitous violence and explicit language. In my opinion, they’re also all very great films. Love them or hate them, they are Tarantino films through and through. What has always made Tarantino such an interesting and captivating filmmaker for me as I have grown up with his films is the fact that his thumbprint is all over his films. I absolutely love when a filmmaker is ever present in his/her work, something that I personally found exceedingly rare in the early 2000s, especially in popular cinema. Today, there are more and more auteurs that seem to be getting wide releases, but for a long while, it felt like Tarantino was a relic of an older age, when who made the film was equally as important, if not more important, than what actor played the lead character. Tarantino still uses actual film, outdated cameras, and perhaps the most expensive and classic production models in an age where minimizing overhead with modern everything is the name of the game. Tarantino seems to be a relic in many ways, born in the wrong time. While watching his latest effort, Once Upon A Time…In Hollywood, it seems that he’s not only self aware of his place in the film world, but longs for a time gone by, or does he?

Once Upon A Time…In Hollywood follows a handful of characters, several based on historical fact, several fictional, in Hollywood in the Summer of 1969.  Yes, that is the Summer that the Manson murders took place. The three main characters we follow are an aging leading man named Rick Dalton (played by Leonardo DiCaprio) struggling to cope with no longer being the sought after star, Rick’s mysterious stuntman, Cliff Booth (played by Brad Pitt), who seems to be the steady counterpart to his friend/employer, Dalton, and Sharon Tate (played by Margot Robbie) who seems to be floating in the exuberant joy of Summer, California, and the joys of success. If this sounds like three movies jammed into one, you’d be correct. Each of these character arcs are fascinating and engaging, and each one could easily stand on its own merit. Tarantino takes the viewer in and out of these vignettes as these characters slowly unfold and open up to us, allowing us to see their inner desires and struggles in a clear, understandable way. I believe that all great art works on multiple levels simultaneously so any singular reading of this film, particularly, would be incomplete, but I wonder if one reading of the film isn’t a cubist vision of Tarantino, himself. Is Tarantino the person worried if he’s past his prime, never again able to regain who he once was, an individual who rolls with the punches with confidence in his own identity, and the individual happy to be alive in a great time doing great work? Or is Tarantino saying something about expectations versus reality in how the glitz and glamour can often hide things that are downright terrifying? Or is he saying something about the modern day and age and how far we’ve come from the ignorance and naivety we once enjoyed as a culture? Is he saying that we’ve all lost something that we can’t get back? Perhaps the answer to these questions is, “Yes.”

The film itself I believe to be Tarantino’s third masterpiece. As I stated earlier, I like all of his films, but I believe that he’s made three that are just about as good as film can be:  Pulp Fiction, Jackie Brown, and this one. Tarantino is always fun. He attracts phenomenal actors and hands them perhaps some of the best screenplays that have come out of Hollywood in the last several decades and knows his way around a camera. But, when Tarantino fires on all cylinders, I believe all of that floats to the background, and you find yourself immersed in a complete world with fully realized people in fully realized scenarios. The style, camera, acting, and story all support a feeling, engaging the viewer not just intellectually but wholly. Watching Once Upon A Time…In Hollywood, I felt it much more than I thought about it, and I haven’t stopped feeling it or thinking about it since I saw it. I still find myself considering Jackie Brown and the complicated relationships at it’s heart and what occurs is a physical feeling that first arose watching the film however long ago that may have been, much like smelling a specific type of apple pie that takes you back to a time and place when your grandmother used to make a pie for all the grandkids.

Tarantino’s thumbprint is all over this film, but he also shows an interesting amount of restraint. His pacing is perfect, and the film, overall, feels like a slow burn, building to a point of climax in which all of the characters we have come to know end up at a critical, vital point in their journey all effortlessly working separately and in tandem in perfect, quiet, effortless harmony. We still have the language and violence that Tarantino has become synonymous with, but with the exception of the last 20 minutes or so, it doesn’t feel gratuitous as much as it feels honest and real.

It’d be easy to wax poetic about every aspect of the film because this is Tarantino flexing every muscle he has access to. The performances are perfect; they’re not just great, engaging, and impressive, they’re perfect. Pitt, DiCaprio, and Robbie each by themselves would have made the movie worth seeing. The three working at their highest ability, with the absolute best material any of them have been handed, it doesn’t get any better in cinema. Every subtext, fringe character and neon sign is treated with care and a love that is at the same time melancholy and exuberant. This film emotes, and it is an experience worth having.