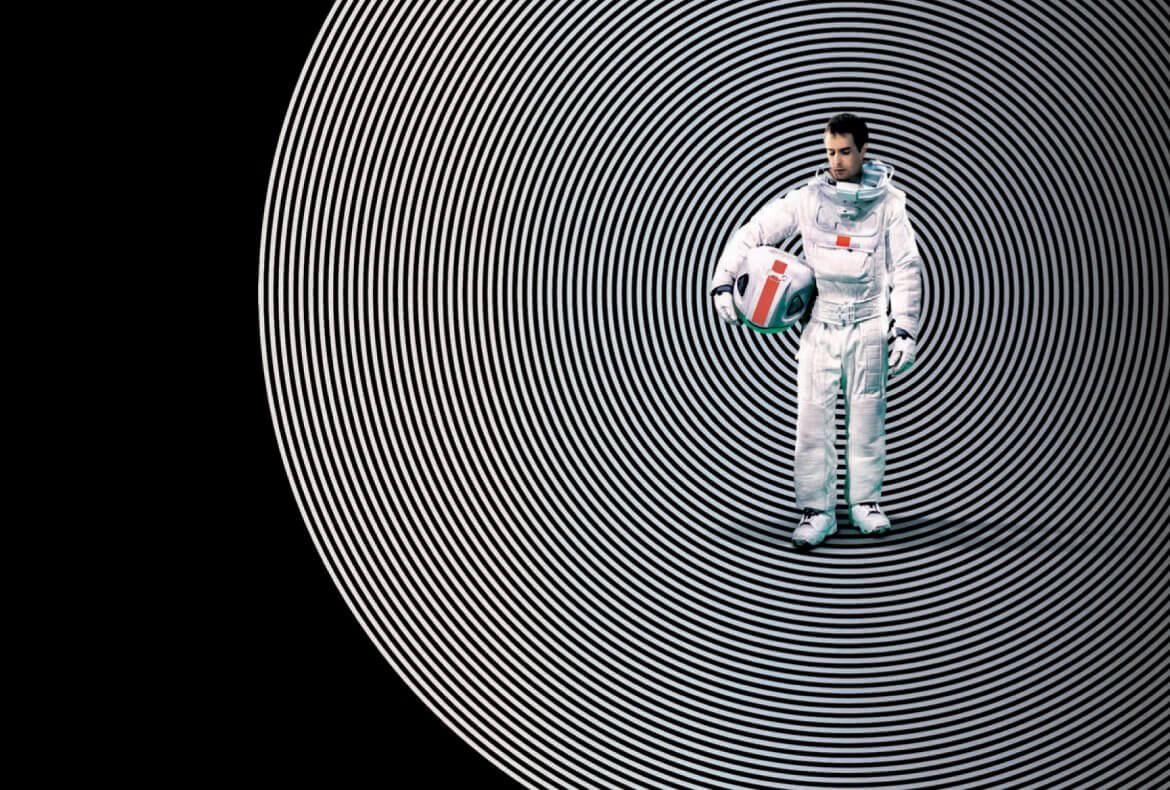 Science fiction has become a special effects competition more than anything else of late in film. Big budgets, computer generated scenes, and hype have replaced things like plot and storyline to make films appear better than they really are. Moon is a beautiful departure from these modern sci-fi trends. Finally we have a classic great science fiction movie that relies on acting and story instead of fancy effects and Michael Bay-esque cinematography.

Moon follows the plight of astronaut, Sam Bell, who is commissioned to live on the moon for 3 years in order to maintain an energy recovery operation. Near the end of his 3 year contract, Sam finds himself in an odd predicament. Not wanting to spoil this incredible film for you, that’s all I will say about the storyline. For rookie director, Duncan Jones, this could not be a better big film debut for him. This film screams of the greatest of sci-fi flicks like 2001: A Space Odyssey, which it has often been compared to in look, plot, and brilliance. In the leading role is the fantastic Sam Rockwell, that crazy guy from The Green Mile, whose impressive film credits also include The Assassination of Jesse James by the Coward Robert Ford and Confessions of a Dangerous Mind. Not often the leading man, yet always very impressive, Rockwell succeeds in effortlessly carrying the entire film on his shoulders. Without giving any of the story away, let it be understood Rockwell plays several different parts in this film and succeeds in creating multiple complex, interesting, and very real characters. Throw on top of all that Kevin Spacey as the voice of a robot and you have an awesome movie!

Jones shows unusual maturity and taste in Moon surrounding Rockwell’s characters with an amazing universe in which to amaze us. The film has the look of all of the great sci-fi films from the 1970′s, but gives them a modern touch that I believe makes this film absolutely timeless, which is extremely difficult to do in this genre. From the scenes of Rockwell walking on the surface of the moon to his living quarters on the surface, the overall look of the film is the icing on the cake and allows the viewer to not be distracted by crazy effects and futuristic decorations and allows viewers to focus solely on Rockwell’s jaw-dropping performance. I don’t mean to say that the sets aren’t futuristic or cool looking, because they are, they’re just very simple and basic without being over the top.

In short, Moon is a movie that I will be watching for years to come and easily is in my top sci-fi films of all time. With themes ranging from the meaning of what it is to be human to the importance of companionship and love, Moon is excellent from opening to end credits. Great story, even better acting, and all of the elements someone could ask for in a great film of this genre.