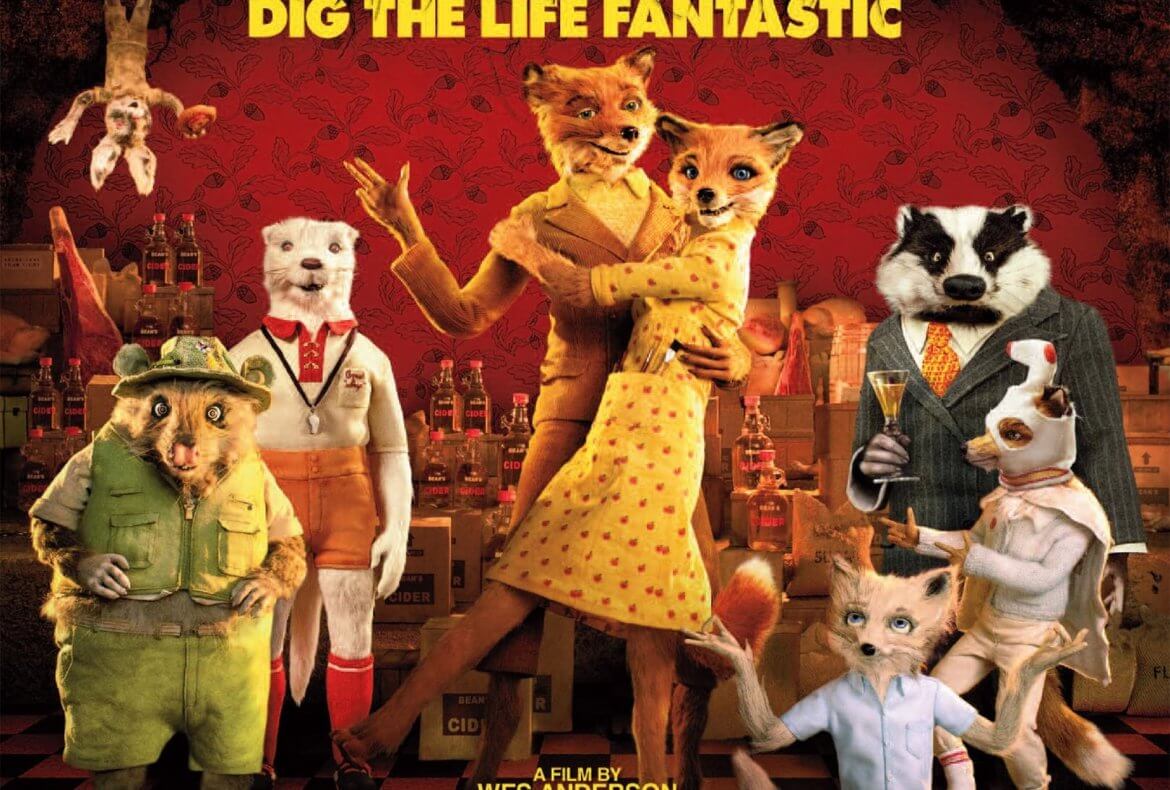 Being a huge fan of Wes Anderson (please see The Royal Tenenbaums, The Life Aquatic, Rushmore), I am naturally excited any time this incredibly unique director comes out with a new film. Upon viewing the trailer for his newest film, Fantastic Mr. Fox, I was beyond elated in anticipation to see Anderson’s take on an animated film. The result is a fantastic, exciting, and, as always, unique version of a classic children’s book written by Roald Dahl (James and the Giant Peach, Charlie and the Chocolate Factory, Matilda, etc…). Having never read the book, I cannot be a good judge of how closely Anderson followed it, but I can say that, comparisons aside, Fantastic Mr. Fox is a fantastic movie by the fantastic Mr. Anderson. There are three aspects of the film that I’d like to highlight that I personally found, well, fantastic.

Beyond being incredibly saturated with Anderson’s trademark dry sense of humor, the film has a sentimental quality to it that Anderson is also known for. The film, being based on a children’s book, transforms even the most cynical, trendy hipster into a snot-nosed, smiling child for a brief moment. An element that adds to this mystique is the fact of how clean the film is. Fantastic Mr. Fox is witty, clever, funny, and rated PG! An element of the film that can only be described as pure genius (ascribed to either Anderson or Dahl depending on who is to be credited with this element), every expletive in the film is replaced with the word “cuss” making for several fantastic lines and moments in the film. The third aspect of this foxy flick is the incredible cast Anderson employs in his first animated feature. With the vocal talents of George Clooney and Meryl Streep being added to Anderson’s familiar set of talents like Owen Wilson, Jason Schwartzman, and Bill Murray, one can only delight in the performance of these animated characters.

The downside of this film to some viewers will most likely be the same downside associated with all of Anderson’s works being that the humor and dialogue, in general, are very dry. Anderson does not have the “pie in the face” cliches so often seen in funny films, instead replacing them with brilliant one liners and tongue in cheek character developed hilarious situations. In summation this is an incredibly FANTASTIC film for either the whole family, just the kids, just the parents, or just those cynical hipsters.