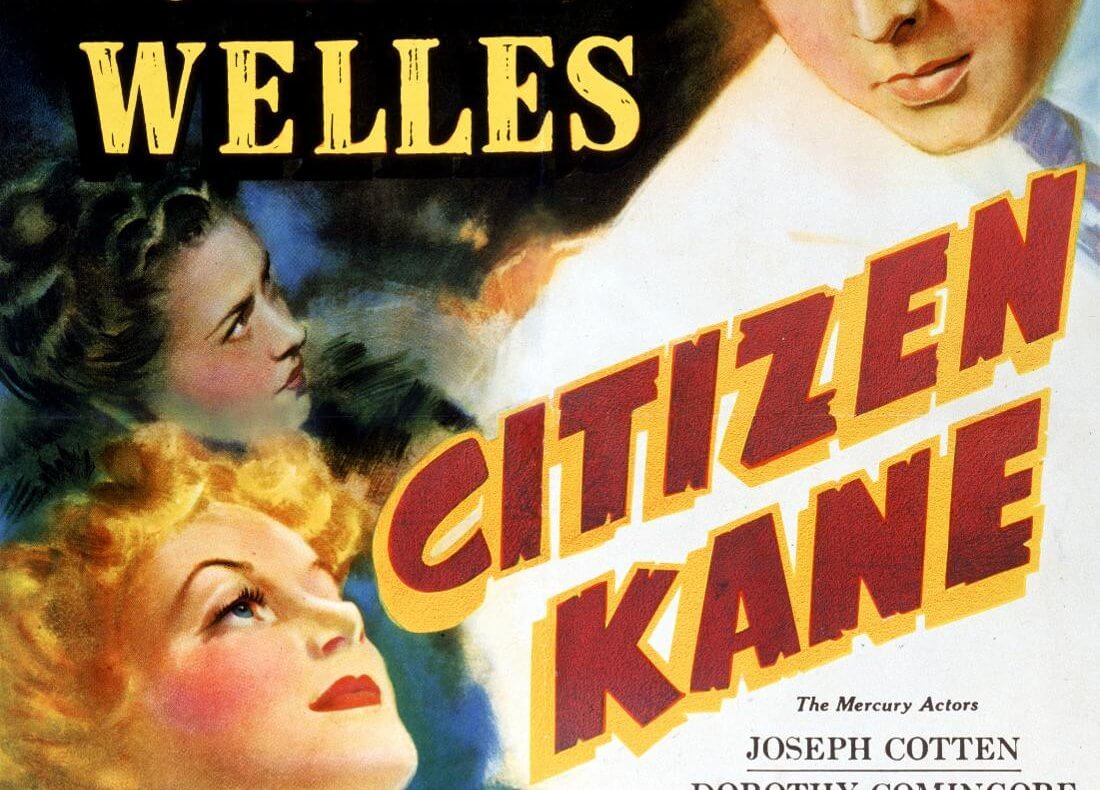 Citizen Kane is the remarkable debut of Orson Welles, largely considered one of the most influential filmmakers of all time. Kane is his masterpiece and is near the top of every respectable “best of” list that has been created. Welles, the true auteur, is the film’s producer, director, and star. For anyone interested in cinema, Citizen Kane is required reading, love, like, or hate it.

From the MFM Bartender:

For Citizen Kane I would go with the Black Velvet, which usually is a layered combination of champagne and a stout beer. To me, it kinda combines the riches and rags ideas of Citizen Kane by using a “high class” alcohol paired with beer, which many cocktail drinkers would possibly consider beneath them. You should also garnish it with a strawberry or something red.

The significance of Citizen Kane in the modern culture fascinates me. Yes, it’s an amazing film, but it does not immediately strike me as a crowd pleaser. Somehow, Orson Welles’ debut masterpiece has become the “Citizen Kane of movies,” as a Filmspotting podcast listener once said. To understand the full extent of Kane, I believe one must consider the film in its context of 1941. To view the film without this context, it merely strikes you as an entertaining mystery fable about success and the trappings of wealth and power told in a conventional, albeit successful, way. The shocking thing is how common the whole film truly appears to be. When taken in context, one soon discovers that Kane created a film language that has become so ubiquitous with modern cinema, that it is easily confused with film, itself.

This is evident in the way Kane utilizes the now common method of starting his film with the ending, and then going back to try and understand it. It’s like stating the punchline of a joke first, then taking an audience back to understand why it’s funny. To keep the plot moving, the film doesn’t simply go back in time and go forward from there. Instead, Welles writes the plot jumping from one timeline to another constantly dropping hints and cues within the context of the individual relating the story. This would be unbelievably disorienting and confusing to the viewer (especially a 1941 viewer) but Kane is a master and the plot is easily followed and engaging. For the time this was mind-blowing from a 25 year old producer, director, writer, movie star. In Kane, Welles displays prowess with story, character, and camera that still rival most films made today and Kane has held up beautifully over the years. The fact that the numerous special effects shots in the film would still be hidden if one wasn’t aware of how they were done speaks volumes to the perfection of technique used in the film. Citizen Kane is worthy of its reputation and status. It’s not always the cinephile’s favorite film, but it always respected.

I Am the Enemy

There are many lessons to be learned from Kane, but one of the biggest arcs in the story of the film has to do with Kane’s transition from a left wing ideology speaking for the common man, to becoming the epitome of a right wing elitist tycoon, interested only in his own sense of control and power. This transition is reminiscent of Michael Corleone from The Godfather. Oftentimes in fighting so hard against the things we hate, we end up becoming the embodiment of our enemy. It’s a tragic journey. It’s a journey that Christians are constantly susceptible to. Paul talks about something similar in Romans 7 when he says,

As believers, we are always playing a game against ourselves. We often know what is good, yet also often are unable or unwilling to do what is right. Paul’s vulnerability and stories like Citizen Kane and The Godfather remind us that is absolutely possible to fall into the trap of becoming that which we abhor. We have a choice, as did those tragic characters, as did Paul. Let us be Paul.