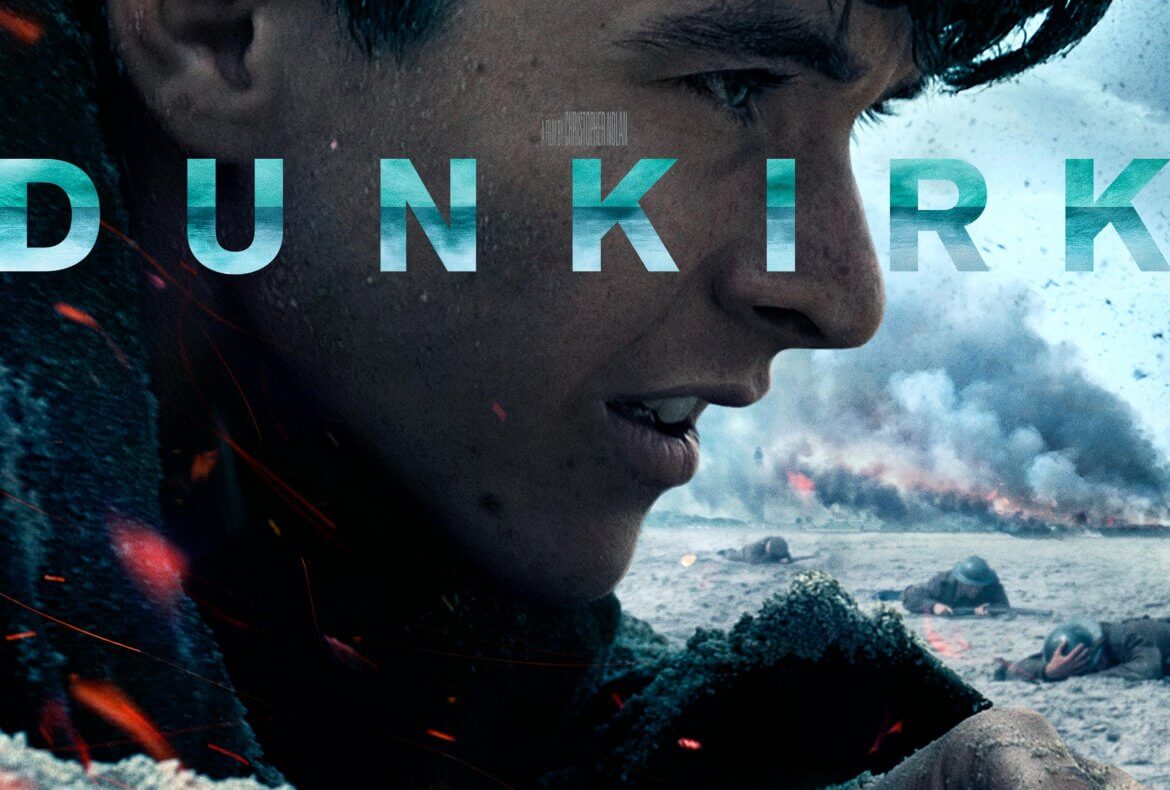 This review contains a few spoilers.

A common theme that is somewhat ubiquitous when it comes to war films is the idea that war affects everyone from the victor to the loser to the bystander. It’s a theme that one could say is overused and unoriginal, but it is also a truth worth repeating time and time again. I would posit that this theme has never been displayed so simply, elegantly, and, with perhaps one exception, so beautifully as in Christopher Nolan’s Dunkirk.

Dunkirk tells the real life story of the evacuation of trapped Allied troops from Dunkirk in May of 1940. This story is told from three unique perspectives each with a different timeline. This storytelling device is somewhat reminiscent of Nolan’s Memento in how things seem to come together in a way that constantly keeps you on your toes and keeps you from ignoring the small details happening on the edge of the frame. In Dunkirk, several people could be considered as victors or heroes, but everyone loses much more than they attain. In fact what is won is simply survival. At one point after a soldier has gone through a massive ordeal to get back to England a blind man hands him a blanket and congratulates him on a job well done. He looks at the blind man with confusion and slight anger and tells him that all he did was survive. Survival is the point in Dunkirk. This is not a war film about gaining advantage, winning a battle, or liberating people, it’s simply about not dying, which happens to come at great personal cost. In Dunkirk, Nolan is able to display the absurdity of the enterprise while also appreciating and lamenting the character that is brought to light in such extreme circumstances. Even the cowards who would normally be portrayed as one sided bad guys are shown in a completely understanding light. Why should they want to fight? What’s the point? The few moments of heroism are quickly contrasted with moments of humanity in its most broken state, the result of which is war itself. The final shot of the film says it all as the hero pilot’s plane is burning to the ground as the Germans take him away as a prisoner, and the soldier reading the heroic newspaper article about the feats of men like himself, puts the paper down confused and dejected.

If nothing else, Dunkirk is a testament to the fact that the heavy reliance on CGI is ruining films.

(Luke hoists himself onto his soapbox)

From the dogfights in the sky to the shots on the crowded beach, all filmed in glorious celluloid, Dunkirk has a texture that creates an immediate visceral response. The dedication to doing things the more difficult way, by shooting real airplanes on film with more difficult and heavy cameras, shines through in a way that a computer will never be able to recreate. Most films would have done anything and everything to find a real plane, a real beach, real extras, and real boats. What happens when you fill the screen with actual objects? You take it seriously and not treat it like a cartoon or a Michael Bay movie.

Dunkirk is both very epic and very intimate. It is chaotic and loud and it is quiet and still. And it is both achingly beautiful and deeply stained. It fits in with everything Nolan has done in quality but takes a step forward to a sense of understanding and touch that I personally hope is only going to continue to grow.